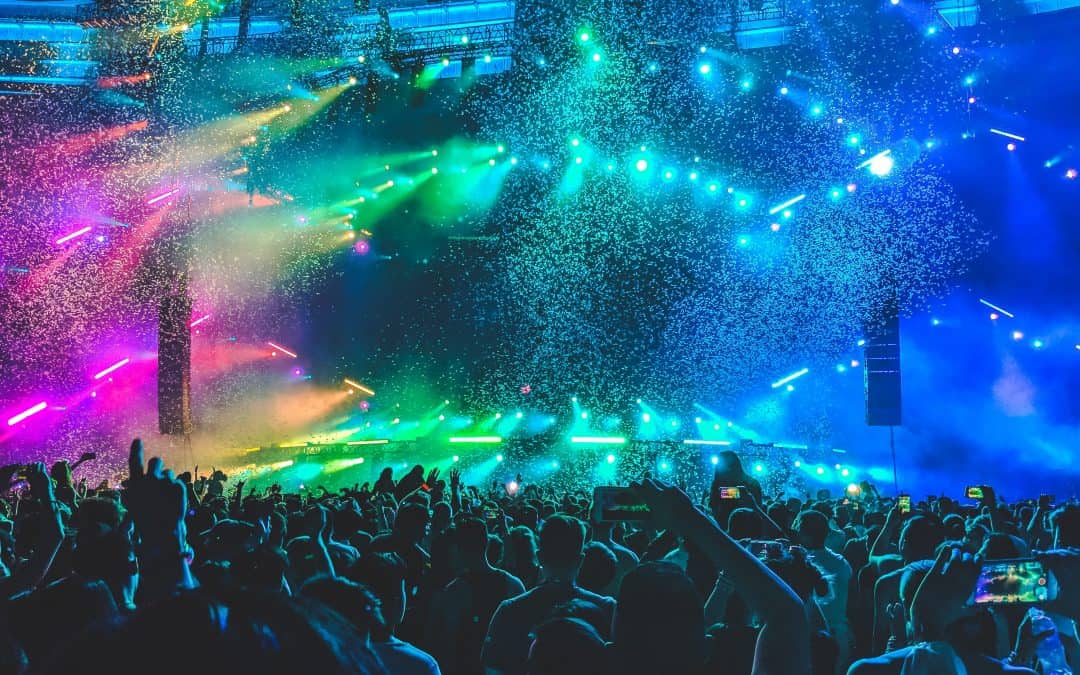 The Eurovision Song Contest (ESC), or simply Eurovision, is the world’s largest and longest-running international singing competition. Since its conception in Lugano, Switzerland, in 1956, Eurovision has developed from a small televised song competition intended to foster European fraternity into a global mega-event that regularly attracts thousands of travelling fans and over 180 million TV viewers (European Broadcasting Union, 2021; Linden & Linden, 2018; Raykoff & Tobin, 2007).

The media significance of the Eurovision Song Contest has been well noted by scholars in disciplines such as media studies (Carniel, 2017), yet the high-profile of the Eurovision as a mega-event should warrant the attention of tourism and events scholars too. Not only does the event attract thousands of travelling fans each year, from whom tourism revenues can be generated that offset the costs of hosting the event (Boyle, 2016), but crucially, there exists an inherent relationship between hosting such an event and destination image (Jago et al., 2003; van Niekerk, 2017). Hosting the Eurovision provides invaluable opportunities for host-nations to sell themselves and promote their destination brand (Herz & Arnegger, 2017).

Such destination branding plays a role in broader efforts by host nations to use Eurovision as a tool for soft diplomacy (Grix & Houlihan, 2014; Grix & Lee, 2013), cultural diplomacy (Kiel, 2020), and nation-building (Ismayilov, 2012; Militz, 2016). Characteristic of such efforts is the use of Eurovision by post-Soviet nations to project a vision of European and liberal belonging (Ismayilov, 2012). In these ways, questions of tourism in Eurovision quickly blur into questions of cultural representation, identity, as well as of domestic and international politics.

As events scholars will be aware, whilst mega-events bring with them opportunities for soft empowerment and increased tourism revenues (Grix & Houlihan, 2014; Grix & Lee, 2013), they also bring with them the threat of domestic discord (Press-Barnathan & Lutz, 2020), boycotts (Baker, 2017), and what Grix and Lee (2013) term “soft disempowerment”. Eurovision is no different, and despite its claims of being an apolitical event (EBU, n.d.), the contest has been famously embroiled in political questions, from political lyricising to block voting (Clerides & Stengos, 2012; Johnson, 2014; Wolter, 2012). As recently as 2019, Eurovision found itself subject to the threat of a boycott, with some viewers seeing the event’s claims to promote peace and international understanding as hollow (BDS, 2018). Such claims should pique the interest of scholars interested in the relationship between political consumerism, peacebuilding, and touristic events.

Another important field of study on Eurovision is the meaning of the contest to its fans and the residents of host cities. Although 2021 saw very few travelling fans due to the ongoing COVID-19 pandemic, Eurovision hosts usually expect tens of thousands of travelling fans each year. In particular, members of the LGBTQ+ community have been seen as particularly supportive of the event, with Eurovision regarded as a “gay Olympics”, in that it provides a platform for gay and transgender representation and visibility (Baker, 2017). The growing campness and kitsch of the contest play not only into gender and sexuality politics, but also the queer appeal as a strategy to win over audiences (Carniel, 2019). The queer politics of Eurovision is layered and complicated. For some Eurovision is about celebrating and performing queerness and for others it is about expressing and promoting human rights. Such queer politics can also be challenged by host-nations, such as by Russia, who has routinely challenged the sexual liberation messaging of the contest (Baker, 2017).

As becomes easily apparent, Eurovision touches on a wide range of topics and themes. The aim of this edited book is to use the Eurovision Song Contest as contextual glue, binding questions of tourism, events, and leisure. We particularly encourage submissions that include empirical analysis as well as conceptual discussion. Possible topics include but are not limited to:

Please note that these are estimated dates only and may vary due to unforeseen delays.

Dr Oscar Vorobjovas-Pinta (he/him) is a researcher in the School of Social Sciences at the University of Tasmania (Australia). He is a leading expert on LGBTQI+ communities in the context of tourism, hospitality, and leisure. Dr Vorobjovas-Pinta has recently published an edited book titled ‘Gay Tourism: New Perspectives’. His research interests are the sociology of tourism, social justice in tourism, tourist behaviour, and LGBTQI+ tourism. Dr Vorobjovas-Pinta explores LGBTQI+ travellers as neo-tribes, who come together from disparate walks of life but are united through shared sentiment, rituals, and symbols. He is currently working on projects that explore LGBTQI+ events and festivals in urban and regional settings.

Jack Shepherd is a researcher at the European Tourism Research Institute at Mid Sweden University, Östersund, Sweden. His research largely focuses on the relationship between tourism and politics, in particular, tourism’s relationship to peacebuilding in settings of intractable conflict. Such an interest has led Shepherd to dedicate most of his career to studying the Israeli-Palestinian conflict through the dual lenses of tourism studies and peace studies. His research has appeared in the field’s highest-ranking journals, such as Annals of Tourism Research, and in a number of edited books. He currently explores boycotting within tourism, including calls to boycott mega-events such as the Eurovision Song Contest.

Photo by Aditya Chinchure on Unsplash